It’s 2006. TOMS Shoes is founded. Hardly the first Buy One, Give One foundation but one that many people will recognize in the years to come. Regardless of what circle you find yourself in you have probably heard about TOMS. They sell simple shoes and glasses and give you a sense of accomplishment when you buy them, because you just put a pair of shoes on another person’s feet half way around the world.

A lot of people and organizations have tried to be the solution. Most of the ideas have good merits and big problems as well. Often it’s the ideas that specialize and focus on one of the smaller problems that end up getting somewhere. TOMS wanted to get shoes on the feet of people in third world countries. How to pay for it though? Donations might work at first but you are relying on people giving money. Instead they went the B1G1 route. The idea is simple. Get a consumer in a more wealthy part buy something and then use part of the profits to buy/make something for someone in need.

TOMS was not the first one to do this. A year earlier there was a lot of hype around the OLPC program. One Laptop Per Child aimed to get inexpensive laptops into classrooms all around the world. Aiming mostly for undeveloped parts of the world they ran into some problems, mainly cost. Right now the price for the laptop remains at $200 and as a result in 7 years only 2.5 million laptops have been shipped.[3] I am hesitant to say “only” but at the same time compared to the number of iPhones sold in an opening weekend, 2.5 million doesn’t seem like a lot.

Is It A Good Thing?

Why wouldn’t getting shoes on the feet of 3rd world country kids be a good thing? Well first I have a few questions. Will the shoes last? In the United States we replace our shoes a lot. New year? Need 5 pairs. Sale at Nike? Well I needed 6 more pairs of basketball shoes. Any given Saturday at the mall? You guessed it. Time to buy a new pair of kicks. Owning a pair of shoes that don’t last years are less of a concern because you wouldn’t wear them that long even if they did last. If these are going to be your only pair of shoes than this becomes a little more important.

From what I’ve seen TOMS are cool shoes. They are simple and don’t bother with shoe laces. That being said they don’t look comfortable nor do they look like they are going to last if you make a bi-weekly 30 mile hike to the nearest town for supplies. Around campus and the mall? Sure. Biking or long boarding on the boardwalk? You bet.

So What’s A Solution?

One of my friends recently reminded me of a great quote “give a man a fish and you feed him for a day. Teach a man to fish and you feed him for a lifetime.” As a general rule I don’t like handouts. Yes, there are people who are reliant on others. That’s okay. Kids are reliant on their parents for food and shelter. But what happens if the parents never teach the kid how to cook or get a job or live on their own and then they go off to college? The kid ends up right back in his parent’s basement relying on them again. I feel like sometimes that’s what happening with welfare, both domestic and worldwide. While there are some things everyone needs and we should help with other things I think we would be better off teaching. Instead of building a dependency on support. 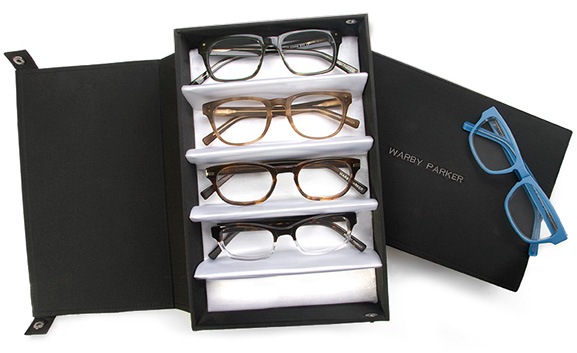 Not completely. I feel like we should be doing more in building infrastructure and helping those in need to become independent but I am not against these B1G1 companies at all. I feel like most have good intentions and most go about it in a pretty good way. I bought my most recent pair of glasses from Warby Parker. A lot had to do with buying from a company that values more than just profit. It was a good feeling to know that my buying glasses from them meant another person would receive a pair. Not to mention they look good and are affordable.

These type of products make us feel good. They make us feel like we are making a difference. This, sometimes false sense, of making a difference allows us to focus on a problem, swipe our credit card and feel like we’ve solved the problem so we can quickly forget it ever existed. We do this with more than just our money. Share a post on Facebook and now you feel like you’ve solved world hunger. I challenge the consumer to not stop there.

A lot of people have given money to a foundation of some kind helping to build wells in a third world country so the villagers have access to clean water. In our mind that makes sense. What if instead we were donating money to send over 20oz bottles of clean water. Would we question it? Would we say “there has to be a better way?” Or would we just count it as our good deed of the month and call it a day?

Why do I bring up TOMS, OLPC and Warby Parker? Well because I just ran across yet another B1G1 company. Enter the bogobrush. For a $40/yr subscription (or $10 + S&H for just one) you will get a toothbrush in the mail every three months and someone else in need in the United States receives the same tooth-brush too. They focus on being eco-friendly using bamboo instead of plastic for the handle and are trying to make a 100% biodegradable toothbrush. They are in the middle of a relaunch and I’m interested to see what they are coming up with next. Time will tell if this is another example of over dependence and not solving the root problem, or if it is a way to realistically chip away at such a large problem.

I struggle to wrap this up. I think there are many companies that do good. Many companies are neither good nor bad. They simply are. I won’t say any of these companies are doing a bad thing by using the B1G1 Model. But sometimes I wonder if this is the direction we should be going with or if there is ultimately a better way.