I’ve always had more expensive tastes when it comes to things. More expensive might not be the right word. Instead, I value quality. I would much rather pay $50 for a toaster I will never need to replace, rather than paying $20 for a toaster I have to replace ten times. From the cameras and computers I buy, to the clothes I buy, I tend to look for the most affordable, highest quality option. Sometimes this means spending a lot more on something. I’m not afraid to pay more if I will get a higher quality, more refined product as a result. Additionally, I’ve always been one to spend more time doing research to make sure when I do spend the big bucks I don’t regret it. So far I’ve had a pretty good track record. What happens when you apply this to the clothes you wear though?

The Problem. A Suit.

Not too long ago I had problem. I was facing graduation and with it, job interviews. I’ve had interviews before, but all of those were for jobs. This was the first time I would be interviewing for a career. As such, a problem. My problem was in the shape of a three button, ill fitting, padded shoulders, polyester blend suit I got in high school. It served me well for high school but those days are far behind me. Now was time for a new suit. 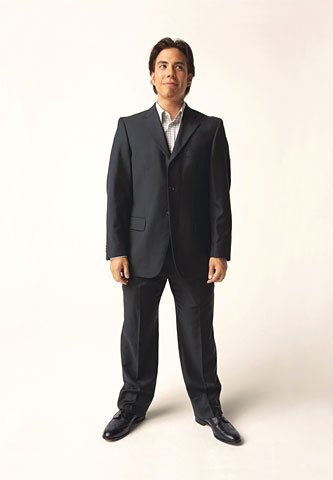 At first I considered shopping in a store for a suit. After going in Express and loving the Photographer suit, I looked at the price tag.

A staggering $430 for the jacket and pants ($100 extra for a vest) was a little more than I was planning on spending on a suit that won’t even tell me the thread count, fabric composition, or where the suit was made. The suit fit well and looked great, but there was nothing telling me it would actually last. A quick search confirmed my suspicions, this was not a quality suit.

Looks like it was time for me to reevaluate a few things and see if the internet had any better options for me.

At first I found Indo Chino. At the time I believe they had a custom, made to measurements, suit for $399 with free corrections. It was right about then that I realized buying from a brick and mortar store probably wouldn’t be my best bet. This is the 21st century and everything from groceries, clothes, and an education can be found on the internet. Many times of equal or higher quality for much much less.

Indo Chino seemed like a good deal (and they still do, even at $450-650), but I didn’t like the idea of spending that much on my first suit. Not if I could find something for less that was almost as good, while still being better than the Express suit.

A few minutes on Google and I ran across Combatant Gentleman.

“What is it? Bulletproof?” 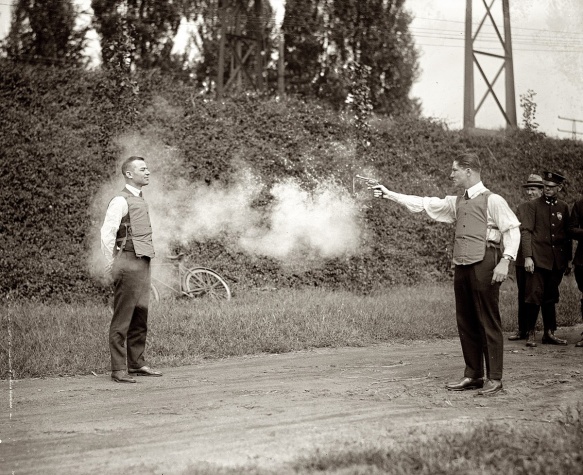 Getting over the name, it seemed like a really great idea. It does make more sense when you hear the founder explain the back story.

Side Note: The explanation behind the name. It is not entirely necessary to the story, so I don’t want you; the reader, to be distracted by the name to the point that you don’t actually read the rest of this post. Source: Reddit /r/frugalMaleFashion

What’s up with the name Combatant Gentlemen?

We get this one a lot. When we founded the company, we had a particular guy in mind — he’s young, he’s ambitious, and he goes after what he wants. To us, the person who best exemplified these traits was Ari Gold from Entourage, particularly in this scene. That’s what we mean by a “Combat Gent”.

So there you have it. One of my favorite shows and favorite characters inspired, or at least embodies, the name of company. Now back to your normally scheduled programming…

So how do you revolutionize the suit market?

First you take all the unnecessary, expensive bits out of the equation. That means no brick and mortar store, no tv ads, no celebrity endorsement, or expensive sponsorship of racing yacht.

How not to save money making a suit…
(c) Hugo Boss

Then you try to own as much of the supply chain. That means CG went to Italy and purchased sheep so they could source the wool directly.

Lastly you ship it in bulk to China (the same place most of the other suits are being made) and make a bullet proof suit.*

* – The suit is not actually bullet proof.

Combat Gent claims that their manufacturing costs are the same as any other suit maker, the difference is in markup.

This all sounds good on paper, but does it hold up?

Yes. Yes it does.

I realized I could get a suit, shirt and three ties for less than half the cost of one Express or Indo Chino suit. Not to mention this would be a 100% Italian super 140s wool suit. After some more research I figured it was worth a shot and clicked order. Worst case scenario I would make use of their free returns and buy another suit from somewhere else.

I’m glad I ordered it when I did. The only real negative I can say about Combat Gent is that they always seem to sell out of common sizes. Supply is one of the only things I can fault the company for. Every time I go on there to order a suit or shirt they are out of stock. (See note below) I’m sure Combat Gent is happy that there is more demand than supply, but I’m sure they would also like to fulfill all those extra orders (like 3-4 suits for me alone).

Note: At the time I wrote this there were no suits available. Right before writing this they did a limited run and I was able to purchase two new suits. They also have a new collection being released right now. Thanks CG. Additionally, supply has been a lot better lately.

The suit is exactly what I needed. A no frills, dependable charcoal suit. 100% wool (take that department stores!) and spectacular quality for the price.

Who am I kidding, this is spectacular quality for many times the price. Unless you are planning on spending more than $800-1200 on your day to day suits, you should have a look at CG. The quality is top notch. The wool is very soft and looks great. When I say the quality is top notch, I mean it. I’ve gotten many compliments on this suit and no one has been able to guess the price so far.

How I feel when I’m wearing the suit.
(c) Combatant Gentleman

The suit came in a perfectly sized box. When I say that I mean that the box is such that the jacket will be gently folded over once but not crushed or wrinkled. This is important if, for some reason, you don’t properly plan things and have to rush to get a suit. I, of course, would never push things off to the last minute…

I don’t think Combat Gent will replace the $5,000 bespoke suits, and I don’t think they are trying to. Instead they are your go to option for the day to day. If you work somewhere you will need a suit two or three days a week and business casual the other two or three, consider Combat Gent. Even if you rarely wear a suit it might be worth looking at them, you can get a great suit for very little that will serve you better than many of those low end department store suits.

Lastly, if you are on the fence, know that they have free returns that cover all of the cost. Just put it right back in the box it came in, put the shipping label on it, and send it off. About the most convenient way to return something.

What does this all mean?

It means the internet is a wonderful place. The internet is making the world a much smaller place and allowing new companies to develop with a completely different business model than in the past. I look forward to seeing what Combat Gent comes out with next and what other companies pop up as online only stores. . Well my next suit was from CG. And I do love it. Right now I’m actually ordering much of my day to day wear clothing from them as well.

Combat Gent did not pay me to write this. They did not know I was going to write this. If they would like, I would more than happily take a discount on my next order or a free tie. (You can never have enough…)