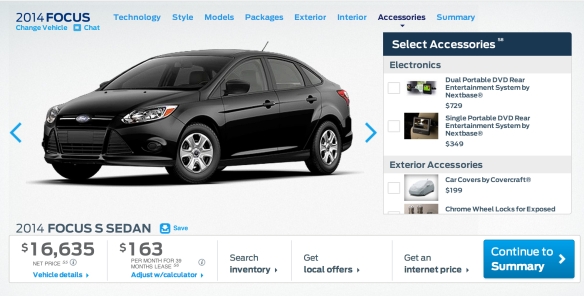 Cars. For some people they are only a mode of transportation while for others they are something special. The point of this is to show you that you don’t need to be a millionaire to drive truly amazing cars.

The 2014 Ford Focus S has a base price of $16,635 and that is the budget. I’ll probably push the budget by a few dollars with some of these choices but you’ll get the idea. For about the same as a base model economy sedan you can get something far from the base model. 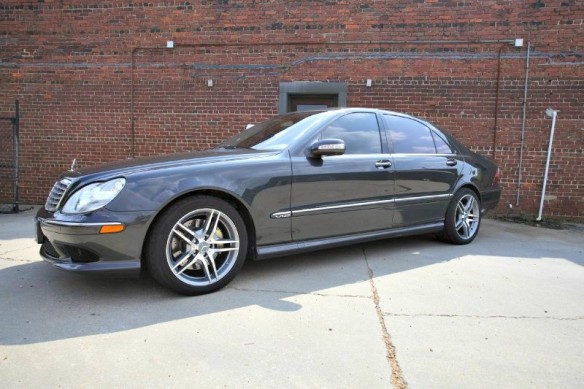 This car may be 10 years old but you wouldn’t know it by looking at it. It doesn’t look outdated and except for the built in phone it doesn’t feel outdated either. When this car was new it retailed for almost $123,000. A decade later you don’t find yourself missing features. If a base model Focus has it now chances are this car had it 10 years ago as well as some very nice extras. For instance all of the seats have electric adjustments. That includes the back seats. Built in massagers are a nice compliment to the both heated and cooled seats. That trim you see is real walnut.

Luxury is great but do you know what is even better? When that luxury has almost 500 bhp. This S600 has a 5.5L V12 under the hood. While it might hurt when you fill up at the gas station you’re guaranteed to be smiling every time the stoplight turns green.

So what does a luxury car with a huge engine go for these days?

And yes. That is the buy it now price, not just the current bid. Ebay Link

That’s hardly your only option though. Let’s move on to…

END_OF_DOCUMENT_TOKEN_TO_BE_REPLACED

Cars. I love em. I don’t have the nicest car around but I drive it to it’s limits (and often past) enjoying most of it. I’m not sure what my next car will be but I can tell you I doubt it will be an electric car or a hybrid. Why you ask? Well I’m a college student. My next car will be used. It might be unrealistic for me to still be looking at 2002 M5s (with that awesome big V8) with the way gas prices are going, but I also can’t afford to get an electric car. Regardless I still am very interested in the future of the car industry. Even if I won’t be buying the future for a while.

Edison with a prerelease version of the Tesla.

Electric cars aren’t anything new. They’ve been around for a while. I won’t go into a history lesson but seeing a picture with Edison and an electric car should tell you all you need to know.  I feel like things are changing now. Blame it on the gas prices going up or people talking about the end of the world. Either way most people will agree electric cars are in the public eye again. I think they have a ways to go before they are in every garage though. So here are my notes.
END_OF_DOCUMENT_TOKEN_TO_BE_REPLACED

I tend to tag posts..

Hi There! This is some text. Its very important text... or at least it will be when the text travels through the interwebs and makes its way into this box... that might take a while.
Loading Comments...
%d bloggers like this: